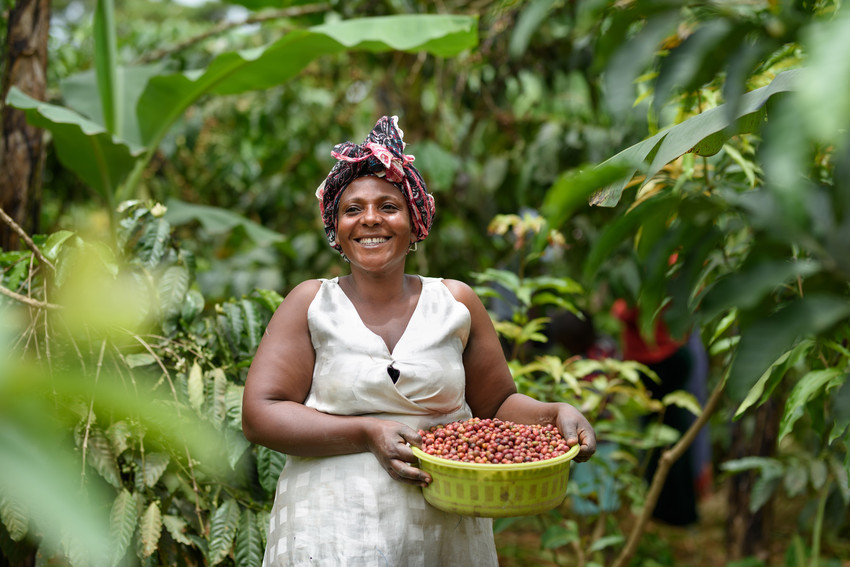 Uganda//-Female coffee farmers are starting to reap the rewards of their hard work by tackling gender bias within the Uganda’s Kanungu district’s coffee industry, thanks to the support of international charity Farm Africa.

A new survey on women economic empowerment in agriculture (WEEIA) launched by the charity showed that women have more control over coffee production within the district.

Of the 348 female coffee farmers interviewed, 89% claimed to actively input into decision making on agricultural production compared to only 22% in 2019.

This is a needed change within the industry as a recent report by Farm Africa confirmed that although women are the backbone of the area’s coffee industry, which fuels the local economy, it tends to be men who have control over the profits.

This is due to their lack of access to land, coffee trees, finance and representation in coffee cooperatives. Cooperatives help farmers to sell their coffee to lucrative markets, and provide supplies and services for coffee production.

Jennifer Kiconco, a coffee farmer in Kanungu, said: “The most common challenge facing women is that men don’t contribute to farm work.”

Farm Africa, with funding from UK aid from the UK government, launched a project in September 2019 to close the gender gap in the coffee industry in Kanungu.

The project works with coffee cooperatives, coffee farmers and local bodies to provide women with greater autonomy at the household, farm and cooperative level.

Farm Africa has also introduced voluntary household land-use agreements that provide women with a greater level of control over a designated portion of their family’s land.

Alongside providing women with resources to take control and grow their coffee businesses, the project is also focused on changing attitudes and unpicking myths surrounding women’s value and contributions to the industry through Gender Action Learning System Approach (GALS).

Through training and promotional campaigns, Farm Africa has been creating an environment that encourages women to be part of coffee growers’ cooperatives, so that female farmers are more involved in the selling and marketing stages of the coffee value chain and can access the profits from the sale of their coffee.

Farm Africa’s WEEIA survey, which was conducted in November 2020, confirmed the success of the project so far, it found that alongside an increase in decision making, female coffee farmers are benefitting from having more control over household income, access to leadership roles within their coffee groups and cooperatives, and greater access to land.

“When female farmers prosper, the benefits are felt by all: the hard-working women themselves, the children who they invest in and the economies that they drive,” commented Rachel Beckett, Farm Africa’s Country Director in Uganda.

The project and reports have been funded by the European Union and UK aid from the UK government, however the views expressed do not necessarily reflect the organisations’ official policies.