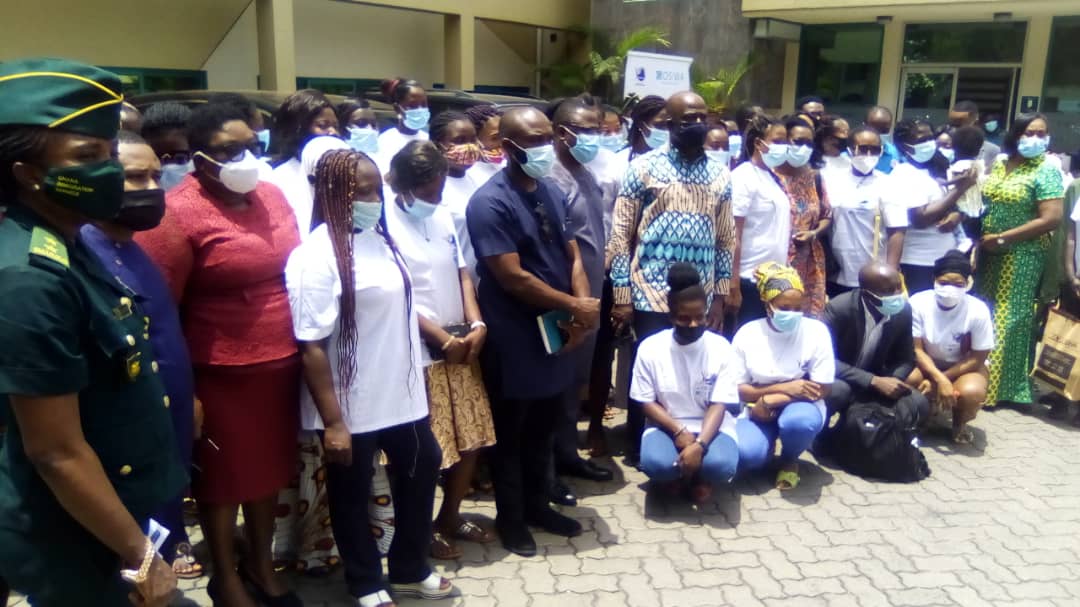 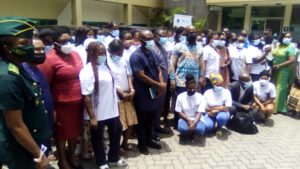 Migrant Watch, a Non-Governmental Organisation (NGO), has called on government and stakeholders in the migration space to put in place stringent measures of reintegrating female migrant workers who have returned to Ghana in search of greener pastures in the Middle East and the Gulf regions.

The Chief Executive Officer (CEO) of Migrant Watch, Ato Amoah who made the call, insisted that government and the affiliated bodies in the migrant sector must institute a vocational and technical training center across the country to enable them acquire skills to support themselves and their families.

“The emergence of the Coronavirus (COVID-19) pandemic across the world has also worsened the plight of female migrant workers,” said Mr Amoah and explained that NGO has put in place needed mechanisms and structures to make them productive through skill training and hands on job.

According to the CEO, some are traumatised as a result of the inhumane treatment meted out to them in their work place as domestic workers as well as the unfriendly environment and the harsh conditions under which they work.

Mr Amoah made the call at a media launch of the OSIWA funded reintegration project dubbed ‘Support to Female Migrant Workers Resilience and Social Protection in Times of COVID-19 Pandemic’ in Accra.

It is under the theme, ‘Curbing Irregular Migration via Technical and Vocational Education and Training (TVET) and Advocacy’.

He however challenged players in the travelling sector to scrutinize the mode of Ghanaians travelling to abroad especially those travelling to the Middle East as well as the Gulf regions in search of jobs through recruitment agencies in the country and the internet.

Mr Amoah pointed out that a lot of the female migrants are forced into jobs against their choice and passion making life very difficult and unbearable in those countries.

For his part, the COTVET boss, Dr. Fred Kyei Asamoah urged the female domestic workers to enrol in vocational skills, explaining that it will enable them to become entrepreneurs and self-independent.

Abibatou Wane-Fall, Head of Mission for International Organisation for Migration (IOM) said her outfit have engaged some Ghanaian female returnees on start-up works in vocational skills and they will be supported with the needed resources to enable them contribute their quota to the economy.

According to her, the gesture is a holistic approach to empower them to create jobs for themselves through income generating activities as they are reintegrated into their family.

A representative from the Migrant Management Bureau of the Ghana Immigration Service, Madam Pamela Codjo said the service has helped fight the activities of irregular migration and human trafficking and urged the public to report such cases to the Bureau.

Ms Sena Owusu-Gibson of the Human Trafficking Secretariat of the Gender Ministry advised women to refrain from embarking on dangerous journeys to seek greener pastures and urged them to engage the secretariat for information on migration.

Launching the OSIWA funded project, Akwasi Awua Ababio at the Presidency who represented the Deputy Majority Leader,said government have received horrific account of female migrant workers across the world and are engaging the respective missions and embassies to have a detailed data on the irregular migrants particularly in the Gulf regions and the Middle East.

“Hundreds of domestic workers were brought home through Ghana missions in abroad and have been reintegrated into their families”.

He advised Ghanaians especially females who want to travel to the Gulf countries in search of jobs to be guided by the rules and regulations governing recruitment of jobs in abroad.