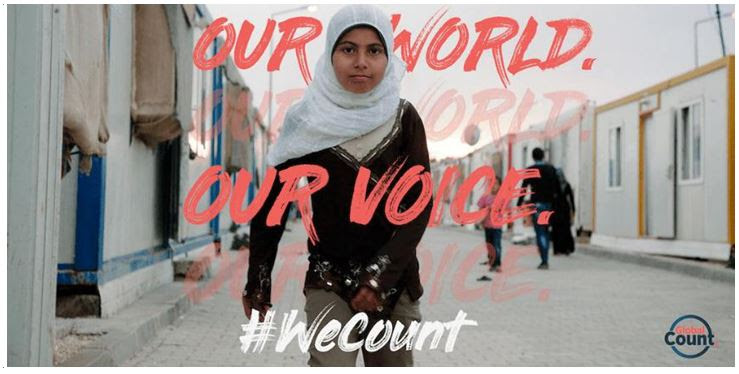 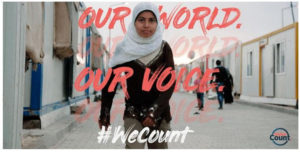 Nairobi, Kenya//-The ‘Global Count’ today releases a first look at turnout in one of the largest ever globally mapping surveys ever undertaken to hear directly from women and gender-diverse people about the social, political, economic, cultural and economic barriers to their progress.

Since launching on 21 January, the ‘Global Count’ has reached 135 countries, including in some of the hardest-to-reach communities.

The highest polling turnout has so far been seen in Russia where, in the 24 hours that followed the Alexei Navalny protests last weekend, over 2,000 women and gender-diverse people were counted.

Elsewhere, responses have been logged across all continents from Tanzania to Timor-Leste, South Sudan to San Morino, and Hawaii to the Holy See.

The ongoing project is the fifth annual mobilisation event from Women’s March Global, the leading women’s human rights organisation formed on the back of the protests that took place globally four years ago following Donald Trump’s inauguration.

These figures come as Women’s March Global gets set to organise around World Day of Social Justice (20 Feb). Polling will continue through International Women’s Day. A number of globally-known gender rights activists will be continuing to lend their voice to the campaign.

The ‘Global Count’ directly addresses data scarcity around women’s rights and the urgent need to better map the critical issues facing women and gender-diverse people across the globe.

The results will put the power back in the hands of grassroots movements to breathe life into the urgent asks they need to make of governments, funders, and the international development sector at large.

At the end of the poll, the ‘Global Count’ asks women to dream: “What does progress for women’s human rights look like for you in 10 years?”. One respondent writes:

“The future is bright. Women are more powerful then before. We are slowly gaining our voices and soon we will be heard. In 10 years the world will accept us as a gender that belongs here to be seen, heard and respected. By then human rights will be a common norm for all.”

The ‘Global Count’ is a collaboration between some of the world’s most respected women’s rights organisations, including a newly-formed Steering Committee: Cooperative for Assistance and

Relief Everywhere Inc.(CARE), White Ribbon Alliance, CIVICUS, Girl Up, Global Fund for Women, and Global Office Consulting,over40grassroots organisationson every continent, and key supporters including the Malala Fund. It is being distributed by Survey Monkey and Facebook.

Betsy Scolnik, Board Chair of Women’s March Global, said: “We’re so excited to have heard from women and gender-diverse people from over 130 countries, with the data growing everyday.

A poll of this breadth and scope has never been done before and the more people we hear from, the stronger our evidence is for supporting women and gender-diverse people worldwide to an equitable and fairer future.

“As we mark World Day of Social Justice and look at how we can create a more equitable future for all, data from the Global Count can help us understand what women and gender-diverse people want and to help direct funds and programmes to help do this.”