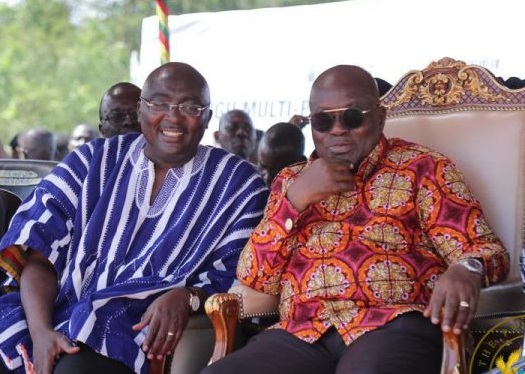 The Executive Director of the Africa Centre for Parliamentary Affairs (ACEPA), Dr. Rasheed Draman, says the findings of the just-released 2021 Ghana Integrity of Public Services Survey attest to the fact that Ghana’s democracy is on fire.

According to him, considering the fact that the very institutions expected to uphold and defend Ghana’s democracy are deeply entrenched in corruption show that the country is in trouble.

Speaking on JoyNews’ PM Express, he noted that he was very much concerned when he found out that the Electoral Commission was ranked as one of the most corrupt institutions in Ghana.

On the Survey’s ranking, the Commission placed 6th amongst the most corrupt institutions in the country.

“The Electoral Commission I think is what for me made the situation even more dire because we’ve been hearing whispers about all these Presidency and so on, but when you have the institution that is supposed to be the referee in guaranteeing the integrity of our democracy itself caught in this together with these other key institutions – the three arms – then our country is in trouble,” he said.

He also expressed much worry at the high levels of impunity in the country.

“And when I was going through the data, one of the things that caught my attention was the aspect that talked about the level of impunity by high ranking officials. It says official impunity is put at 77%.

“And Evans, if you remember, we were all in this country many years ago when the former British High Commissioner said at the time – I think in 2017 – he said in the past decade in Ghana, he has not seen, and I think all of us have not seen any high level prosecution when it comes to corruption.

“So when impunity is as high as this … democracy is not only in decline, I think our democracy is on fire and we all have to be very very worried,” he told host, Evans Mensah.