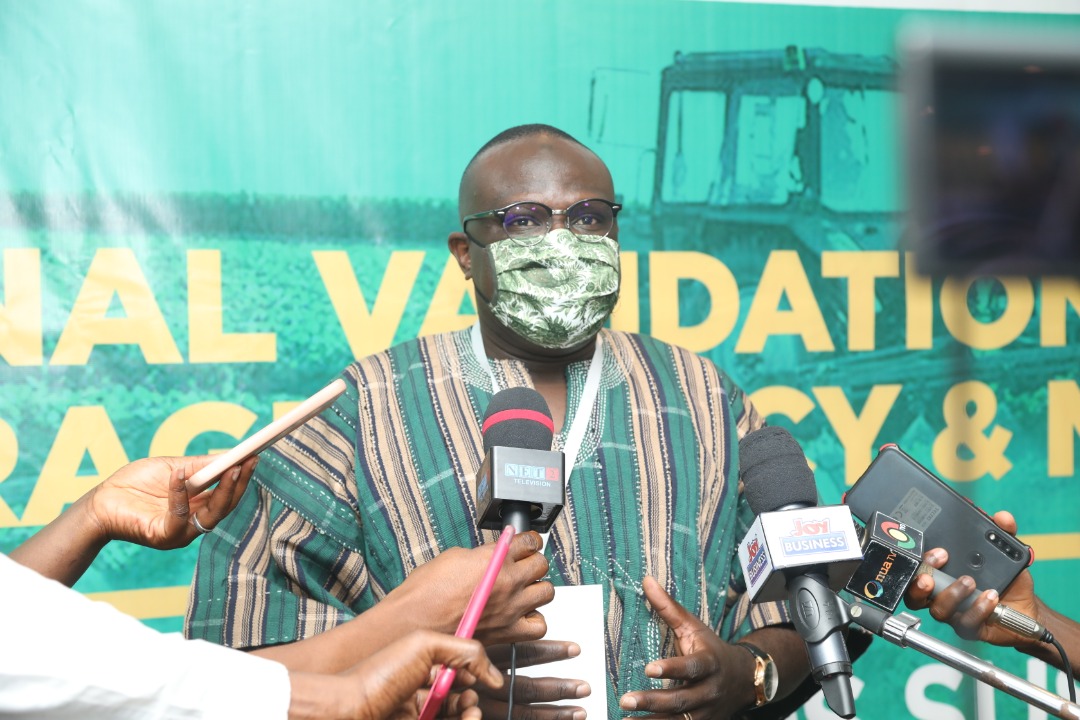 Accra, Ghana//-A Workshop to discuss the proposed National Food Storage Policy has ended in Accra with a call for intensified efforts at attaining food security and sufficiency by governments in the West Africa sub region.

The two-day national validation workshop also scrutinized the draft procedure manual and code of conduct for the implementation of the National Food Security Reserve (NFSR), an in-country mechanism by the Economic Community of West African States (ECOWAS) for food security in member states.

The workshop was sponsored by ECOWAS with support from the European Union.

Participants were drawn from academic and research institutions, regulatory agencies, the Chamber of Agribusiness, Esoko as well as agric value chain actors such as the Ghana Grains Council, Ghana Commodity Exchange and the National Food Buffer Stock Company (NAFCO).

The National Food Storage Policy seeks to provide guidelines for efficient storage of food while the procedure manual hopes to provide codification mechanism to achieve an overall food security agenda.

Chief Executive Officer of NAFCO, Hanan Abdul-Wahab who opened the Workshop said the Government of Ghana is pre-occupied with strategic measures to ensure the abundance of food as part of ongoing measures to reform agriculture.

He cited the findings of a recent project by the Ministry of Food and Agriculture, Ghana Health Service, UNICEF, World Food Programme, to strengthen the capacity to monitor food and nutrition security at the household level.

Mr  Abdul-Wahab also cited the high food commodity prices in 32 districts across the 16 regions and at the national level to buttress the argument.

He disclosed that food security conditions are showing signs of significant improvement as the widespread harvest of staple grains have aided the recovery of households from constrained access to food, which characterized the greater part of the lean season between June and August.

Preliminary assessment of the production of major staples such as maize, rice, sorghum and millet during the 2020/2021 cropping season showed a general increase compared to 2019 and the five-year averages.

The findings, according to him, also revealed that household food consumption patterns remained largely acceptable and that nearly all the households surveyed (93.5%) were food secure, while fewer than one in 10 were moderately food insecure (borderline; 6.45%) and severely food insecure (poor; 0.40%).

He attributed the gains to the successful implementation of the Planting for Food and Jobs Programme by the current government.

“Since the assumption of office of this government, modernizing agriculture, improving food security and advancing the plight of the Ghanaian farmer have been its preoccupation, necessitating the implementation of special initiatives such as the famous Planting for Food and Jobs whose success has rekindled hope in farming and agribusiness for many, including young university who hitherto frowned on agriculture”, Mr Abdul-Wahab he said.

He reiterated that government remains committed to ensuring food adequacy in Ghana and will continue to implement programmes and strategies in that regard.

“It is equally guided to work within the framework of the UN SDGs, particularly SDG 2 which focuses explicitly on food by seeking to “end hunger, achieve food security and improved nutrition and promote sustainable agriculture”, and helping to multiply other goals related to challenges in the food system like SDG 1 which focuses on poverty reduction, where agriculture and food has a key role to play”, the NAFCO boss assured.

The workshop was on the theme- ‘Towards a sustainable food security in West Africa’.