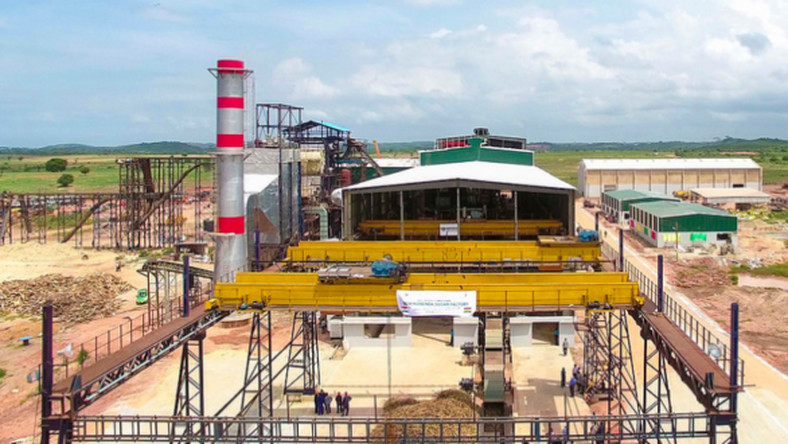 The Komenda Sugar Factory has been taken over by reptiles and rodents, the Member of Parliament for Komenda Edina Eguafo Abirem Constituency, Samuel Atta Mills, has revealed.

Expressing his disappointment with Trades and Industry Minister Alan Kyerematen’s answers to parliament on Thursday, 22 July 2021, concerning the delayed operationalisation of the factory, the brother to late President John Atta Mills, said: “Let’s be clear: this government, the NPP government, has no intention of operationalisng the Komenda Sugar factory”.

He explained: “I say so because from the minister’s answers that he’s been giving us, and all the time moving the goalpost”.

“I don’t think they care about Komenda Sugar factory”, he intimated, illustrating: “Look at how much it has deteriorated since 2016? Didn’t you hear the same minister say when they came to power that the sugar factory never produced sugar? What happened during his vetting for the second term that he admitted that they produced sugar? My goodness! It’s a big difference between night and day”.

He said the factory, located in his constituency, “is now being invaded by snakes and rats”.

It is also at the mercy of the weather, he bemoaned.

“Everything is opened to the open skies and things are just the same way that we left in 2016. Nothing has been done”, Mr Mills complained.

“But do you know the sad part? This factory, in operation, has the potential to hire direct and indirect 7,500 people”, he noted.

In his view, the Akufo-Addo government has played politics with the factory.

“It is sad that when it comes to things like this, we try to play politics. But guess what? They brought this same president to my constituency to cut the sod for a One District-One Factory Company that makes pure water. At that time, the company was hiring 25 people. You leave a 7,500-job factory just to go and cut the sod for a factory that hires over 25 people”.

On Thursday, 22 July 2021, Mr Kyerematen told parliament that the factory will be operationalised before the end of 2021.

“I have instructed the transaction advisor to ensure that the condition precedent to the concession agreement and the roadmap for the opening of the factory is finalised by the end of August 2021 to enable operational activities at the factory to commence before the end of the year,” Mr Kyerematen said.

Park Agrotech Ghana Limited, a Ghanaian-Indian company, is the new investor that will take over the operations of the factory.

The Ghana-based company is a subsidiary of the Skylark Group of Companies of India, one of the largest integrated farming businesses in India.

A few weeks ago, a group, Concerned Citizens of the Komenda Traditional Area, wrote to the police about its intention to march in connection with, in its view, the abandonment of the Komenda Sugar Factory in the Central Region.

The group scheduled its march for Tuesday, 6 July 2021 but later abandoned the move.

Alleged Sale Of The Factory

In 2019, former President John Mahama described as “unacceptable”, what he said were plans by the Akufo-Addo government to sell off the Komenda Sugar Factory to a private interest, and also denied claims that he, as president, planned disposing off the factory.

“It is unacceptable to sell the factory; this is an investment the government made”, Mr Mahama said, adding: “We can get the expertise and technology to make this factory work”.

Mr Mahama argued: “Sugar is one of the products we import a lot – almost $200 million every year – so, if we produce part of that sugar here, then it reduces the foreign exchange we have to take outside to import sugar”.

“I will urge the government to follow the path that we took”, he said while addressing the people of Komenda during a tour of the Central Region at the weekend.

Mr Mahama’s concerns dovetailed into those of Mr Mills, who, on Friday, 12 April 2019, expressed anger over what he said was the devaluation of the $35-million factory to a $12-million facility by the Akufo-Addo government.

The factory, built at a cost of $35 million from an Indian Exim Bank facility, was revamped and inaugurated by the erstwhile Mahama administration in 2016 and closed down in June of the same year and has since remained dormant.

It has a capacity to crush 1,250 tonnes of sugarcane per day.

The Akufo-Addo government cited a number of reasons for the factory’s dormancy, including an improper implementation plan and insufficient raw materials to feed the plant, among others.

The brother of the late President Mills, however, wondered, at the time, how, within a year, the value of the factory could plummet by $23 million as plans were afoot to hand it over to the strategic investor by close of April 2019.

In Mr Mills’ view, the Auditor-General and the Special Prosecutor’s office had to investigate the matter.

“We cannot sit down for these things to happen. If somebody was to steal two goats and a chicken, we all know how many years this person will get [in jail], but I am basing my conclusion on this: that if it is true that it has been valued at $12 million, we need to be very worried in this country,” he said.

“Why should it always be on acquiring wealth in illegal ways?” he questioned.

In November 2017, the government began moves to revive the factory.

Mr Kyerematen told Parliament at the time that a $24.5-million Indian Exim Bank credit facility was to be secured to develop and implement a plantation and out-grower scheme in a bid to provide raw materials for the factory.

It was to see to the cultivation of some 14,100 acres of sugar cane to feed the plant but that never happened, prompting Mr Kyerematen’s return to parliament to announce the plans of the government to hand over the factory to a new strategic investor by the end of April that year.

Mr Kyerematen, on 4 April 2019, told parliament that the dormancy of the factory was due to technical and financial challenges.

Answering questions tabled by Mr Atta Mills, Mr Kyerematen indicated that upon the assumption of office, a technical audit was conducted on the facility, which revealed, among other things that the soil condition was not favourable to produce quality sugarcane, adding that the government is taking steps to engage a new investor and expects that a decision will be taken by April that year.

Additionally, he noted that: “A test-run was never completed before the factory was commissioned due to unavailability of sufficient sugarcane”.

According to him, the factory, upon inauguration by the previous government, “was not in a position to produce the required refined white sugar due to the absence” of some processing component units “which were not fully installed during the test-run”.

He said: “About 35 items had not been installed on commissioning, although they are critical for the production of sulphur-less white sugar”.

Furthermore, he noted that the land size available for cultivation of sugarcane is far less than the 6,000 acres required to supply sugarcane to run the factory at full capacity.

He highlighted: “There has been no out-grower scheme for small-scale farm holders to support a nucleus plantation for the factory”.

It will be recalled that the previous National Democratic Congress (NDC) government contracted a loan of some GHS 35 million for the revamp of the Komenda Sugar Factory.

But the minister indicated that a decision was taken not to trigger the loan until all the challenges were resolved. The minister, however, did not provide figures concerning the cost to the nation for the delay in activating the loan.