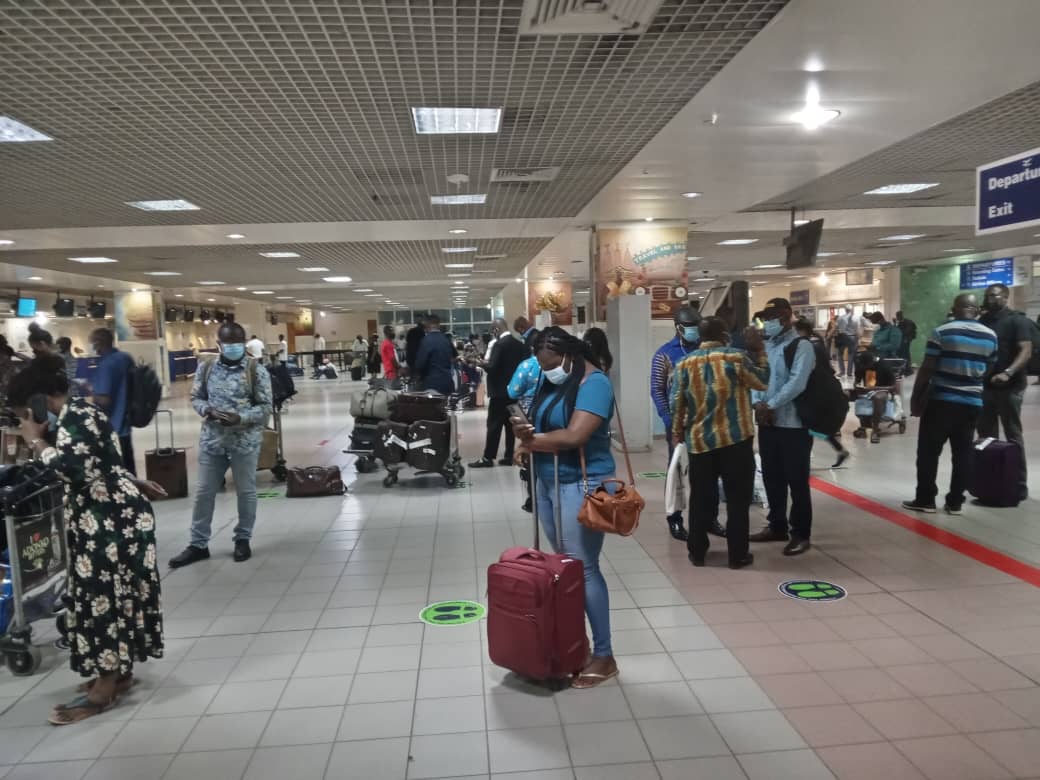 Accra, Ghana//-Operations have resumed at the Kotoka International Airport (KIA) as the leadership of the local union of public service workers Union of the Ghana Airport Company has ordered a four-hour freeze of the strike.

The union leaders led by General Secretary Bernard Adjei are currently in a crunch meeting at the Jubilee House over their demand for the removal of the Managing Director Yaw Kwakwa.

Starr News has gathered that if the meeting fails to address concerns of the workers, the strike will resume after the 4-hour freeze.

The strike has resulted in the cancelation of some international flights such as Asky Airlines.

Passengers who arrived at the International Airport Friday morning have been left stranded following the strike by the workers.

This latest action by the workers comes after the union issued a statement on Thursday directing all general staff to withdraw their services at the Kotoka International Airport (KIA) from 06:00hrs Friday, 26th February 2021, until otherwise communicated by the Union.

The statement further added that the “action has become necessary following the Boards attempt to shelve the report of an investigative committee comprising the Ministry of Aviation, the Board, Senior Management, and the Public Services Workers Union which confirms the allegations of mismanagement and abuse of office leveled against the Managing Director, Mr Yaw Kwakwa.”

The affected services shall include;  Screening of pre-board passengers and access control,  Fire/Safety cover for all aircraft, Water supply and sewage treatment and Public announcement and flight display.