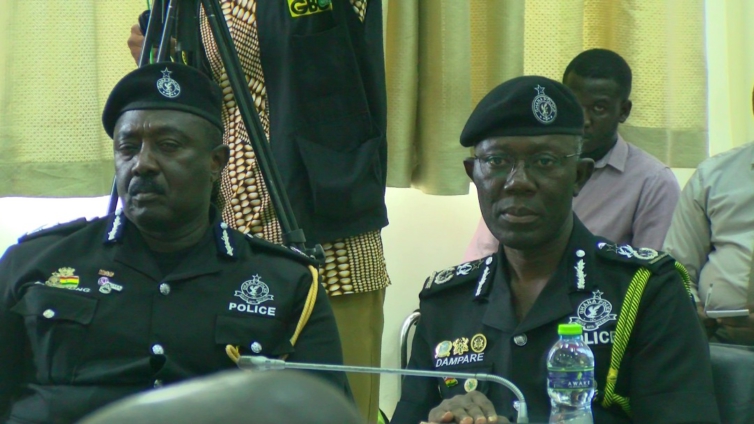 Accra, Ghana//-There was a shocking revelation at the Public Accounts Committee sitting on Thursday when the Inspector General of the Police (IGP), George Akuffo Dampare disclosed that one of its officers at the centre of a missing CFA 190,000 cannot be found.

According to the 2020 Auditor General’s report, “the Divisional CID, Tarkwa, disclosed that cash exhibits of US$8,100.00 and CFA 40,000.00 retrieved from suspects in 2016 in the case of The Republic versus Nana Akakpo and three others were not available for our audit verification.”

The audit report recommended that “the Divisional CID in charge to immediately produce the exhibit for our inspection, failing which the total sum should be recovered from him and disciplinary action also taken against him.”

Clarifying the matter before the Public Accounts Committee on Thursday, the IGP Akuffo Dampare said the Service’s preliminary investigations into the matter revealed that the initial amount was under-declared by CFA 150,000.

He said the money was retrieved from the CID Headquarters and later sent to Ivory Coast for authentication. He said, “the checks were done and the results with accompanying appendix indicate that they were all fake.”

The IGP continued that “when they were done, they were sent back to the CID office in Tarkwa. But honourable chair, there has been confusion as to who received it and the whereabouts of the money. Unfortunately, one of the three officers who were involved resigned from the Service and we’re making efforts to look for him to be held accountable.”

He said the other two have been interdicted and are being investigated by the Police Professional Standard Bureau.

The IGP has also revealed that they have since not been able to retrieve the US$8,100.00 which they have sent to the United States through the US Embassy in Ghana for authentication. He said all efforts through Interpol have also proven futile.