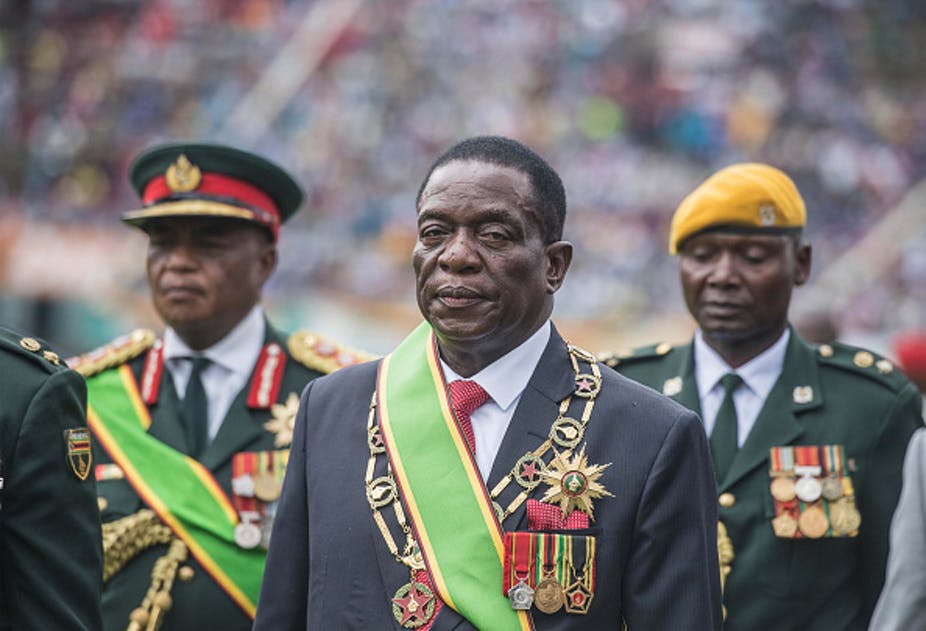 The capture of democratic political systems by private power networks is arguably the greatest threat to civil liberties and inclusive development in Africa. That’s the conclusion of two new reports that address the issue of threats to democracy on the continent.

The first report is published by Ghana’s Centre for Democratic Development. It focuses on the capture and subversion of democratic institutions in Benin, Ghana, Kenya, Mozambique and Nigeria.

These case studies reveal that even in more democratic states such as Benin and Ghana, ruling parties can “hijack” democracy and appropriate its benefits. They do this by capturing the institutions of democracy itself. This includes electoral commissions, judiciaries, legislatures and even the media and civil society.

The net effect is to undermine transparency and accountability. This in turn facilitates the abuse of power, especially in more authoritarian contexts.

The second report was curated by Democracy in Africa and takes a slightly different approach. It looks at how unelected networks can infiltrate and subvert state structures.

In particular, it maps the emergence of shadow states in the Democratic Republic of Congo (DRC), Uganda, Zambia and Zimbabwe. These case studies show that networks of unelected businessmen, civil servants, political fixers and members of the presidents’ families wield more power than legislators.

By mapping how these networks are organised across different groups and countries, the report reveals how influential and resilient certain groups have become. It also shows how many shadow states have been integrated into transnational financial and – in some cases – criminal networks.

This is not an “African” issue. Similar processes have been identified in a number of different countries and regions. These include Bangladesh, Brazil and the US. But this does not mean that the need to recognise and confront these issues is any less pressing.

Read more: Chieftaincy conflicts in Ghana are mixed up with politics: what’s at risk

States with higher levels of democracy capture are prone to becoming more authoritarian, corrupt and abusive.

Democracy capture and the shadow state

According to politics professor Emmanuel Gyimah-Boadi, democracy capture occurs when

a few individuals or sections of a supposedly democratic polity are able to systematically appropriate to themselves the institutions and processes as well as dividends of democratic governance.

In other words, democracy capture expands the idea of “state capture” to include all political institutions and democratic activities including civil society and the media.

The term is widely used in South Africa to refer to the undue influence of special interest groups over state institutions.

Indeed what is striking about this process is the well-structured networks that encompass a broad range of individuals from government to the security forces, traditional leaders, private businesses, state-owned enterprises, and their family members.

According to a separate study by South African academics Ivor Chipkin and Mark Swilling, what distinguishes these actors is their privileged “access to the inner sanctum of power in order to make decisions”.

One helpful way of conceptualising these networks is the idea of shadow states developed by the influential political scientist William Reno.

For Reno, a shadow state is effectively a system of governance in which a form of parallel government is established by a coalition of the president, militias, security agencies, local intermediaries and foreign companies. In extreme versions such as Sierra Leone real power no longer lies in official institutions of government such as the legislature.

This kind of shadow state is characterised by the existence of private armies and a severely limited, almost imaginary, formal state.

More recently, researchers have identified manifestations of the shadow state in countries that are not in the middle of civil war and have stronger formal political systems. Good examples include Kenya and Zambia.

In these cases, the shadow state is more oriented towards hampering the activities of opposition parties and ensuring impunity for its members.

Africa is not a country

The nine case studies featured in the two reports show that the extent of democracy capture varies significantly. It is lower in states like Ghana, where robust electoral contestation among rival parties has seen multiple transfers of power. It’s much higher in states such as Zimbabwe, where the government has never changed hands.

The shape and resilience of unelected power networks also varies in important ways. In Uganda, the shadow state is run by an axis of President Yoweri Museveni’s family, a “military aristocracy” and interlocutors in the business community.

In Benin, President Patrice Talon has exploited the weakness of the legal system, the judiciary and the legislature to expand his power. Through this process he has turned one of the continent’s most vibrant democracies into a near political monopoly.

Read more: Guinea has a long history of coups: here are 5 things to know about the country

The picture is different again in the DRC. International military alliances were critical to the way that former presidents Laurent Kabila and Joseph Kabila took and held power. This led to a shadow state that has been more profoundly shaped by transnational smuggling networks and the activities of the security forces.

The situation in Zambia is also distinctive. Under former president Edgar Lungu, the security forces were less relevant than the nexus between politicians, government officials and businessmen. This led to rampant corruption and mismanagement. But it did not prevent a transfer of power in 2021.

In contrast, in Zimbabwe the government has been progressively militarised, penetrating further areas of the state and the economy. This raises serious questions about whether President Emmerson Mnangagwa – or army leaders – holds real power.

It is, therefore, important to map the shadow state on a case-by-case basis because no two networks are the same. The differences between them reveals who really holds power.

Shadow states have a negative impact on democracy and accountability. But the damage they do goes well beyond this. It undermines inclusive development through three related processes:

The result is that resources and investment are systematically diverted into private hands.

In Uganda, Museveni issues tax waivers to business allies in return for election support. This denies the treasury hundreds of millions of dollars in revenue.

In Zimbabwe, companies in league with the ruling party and the military have used these connections to establish near monopolies in key sectors of the economy that exploit the public. In one case, this led to severe fuel shortages that artificially inflated prices.

When added to the billions of dollars lost through straightforward corruption, theft and fraud, it is clear that these processes represent one of the most significant barriers to inclusive development in Africa. Unless these networks are challenged, they will continue to keep citizens in poverty while enriching those connected to the shadow state.