GHANA’S Minister of Finance, Seth Terkper, is leading a Government delegation to the IMF/World Bank Annual Meetings to be held in Washington from October 10-12, 2014.

The delegation will also attend the Commonwealth Finance Ministers Meeting which precedes the IMF meetings. They would also attend a meeting with the Vice President of the World Bank and the G24 Ministerial Meetings.

Aside the obligatory meetings with the IMF and the World Bank, the delegation will hold bilateral discussions with other partner countries, financial institutions and private sector investors.

About the Annual Meetings

The Board of Governors of the World Bank Group (WBG) and the Boards of Governors of the International Monetary Fund (IMF) usually meet annually to discuss the state of their respective institutions. The Annual Meetings, which generally take place in September-October, have customarily been held in Washington for two consecutive years and in another member country in the third year.

The Annual Meetings are chaired by a Governor of the Bank and the Fund, with the chairmanship rotating among the membership each year. Every two years it elects Executive Directors. Each year any new members are welcomed into the Bank and Fund.

The Annual Meetings will include a day of plenary sessions, during which Governors take up matters of business and consult with one another.

At the Annual Meetings, the Boards of Governors make decisions on how current international monetary issues should be addressed and approve corresponding resolutions.

Because the Annual Meetings bring such a large number of member country officials together, they provide opportunities for consultations large and small, formal and informal. Numerous seminars are held in conjunction with the meetings, including seminars conducted by staff members for members of the press.

After the Annual Meetings, the team will be joined by the Chairman of the National Development Planning Commission, Prof. Kwesi Botchwey and other members of the Negotiation team for the concluding part of the IMF negotiations. 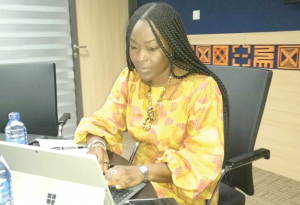