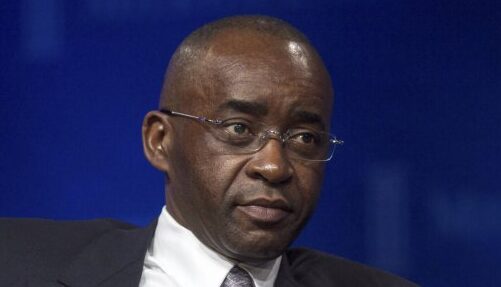 After laying 2,500 km of optical fibre in the western DRC, Liquid Intelligent Technologies, a subsidiary of the Zimbabwean group Econet Wireless, plans to deploy a new 4,000km network between the central-southern area and the east of the country.

Kinshasa, Kikwit, Kananga, Muanda, Mwene-Ditu, Kolwezi, Lubumbashi… What do all of these cities have in common? They now have access to the 2,500km fibre optic network laid by Liquid Intelligent Technologies (LIT) in the DRC.

This group, previously known as Liquid Telecom, is a subsidiary of the Zimbabwean group Econet Wireless, owned by Zimbabwean tycoon Strive Masiyiwa.

“Its new name confirms the strategic shift of the company, which has added IT and cybersecurity to telecommunications,” says its CEO Michel Hebert during a face-to-face meeting with the press in Kinshasa.

A second line is under construction. It will be 4,000km long and will link the central-southern part to eastern DRC. With these two lines, the DRC will become the 14th member country of the ‘One Africa Network, which totals more than 73,000km of fibre optics on the continent, from Cape Town in South Africa to Dar-es-Salam in Tanzania, or to Lubumbashi in the DRC.

The communication infrastructure is legally the responsibility of the state-owned Société congolaise des postes et télécommunications (SPTC). However, the Congolese minister of posts, telecommunications and new information and communication technologies Augustin Kibassa,  made it known at the inauguration of the new network that the government had granted a waiver to the state-owned LIT to allow it to build the backbone.

It is important to remember that, with its 2.3m square kilometres and 90m inhabitants, the DRC ranks 145th in the world for internet access, with a penetration rate of less than 50% for cellular telephony and an estimated 30% coverage across the country’s territory.