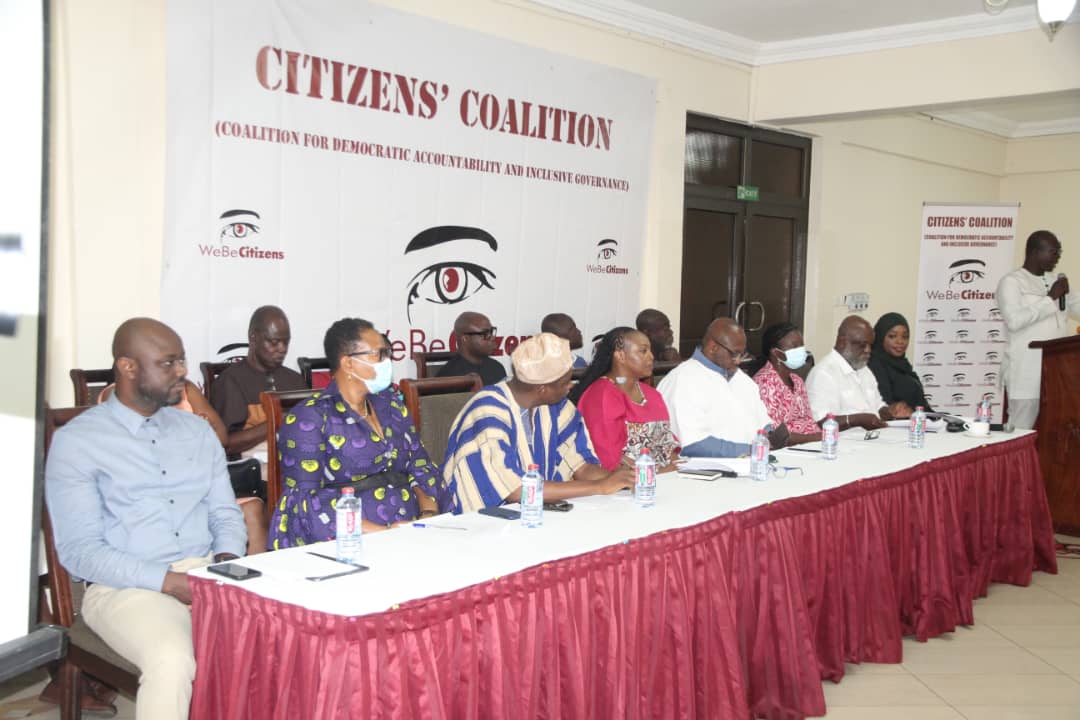 According to the CSOs, after 30 years of practicing democracy in the Fourth Republic, the country which once described as the “bastion of democracy” in Africa risks reversing the gains made and places the future of the youth in jeopardy.

Speaking to journalists at the launch of the Citizens’ Coalition in Accra, Nana Asantewa Afadzinu, Executive Director of the West Africa Civil Society Institute (WACSI), lamented: “Most of the challenges we face in the governance arena and their impact on the health of our economy are occasioned by the sheer disregard for basic tenets of inclusive governance, transparency and accountability”.

She added that the breakdown in these systems had allowed for impunity to thrive as there was little restraint on how persons clothed with executive authority exercise their discretion.

To this end Madam Afadzinu who spoke on behalf of the CSOs including Ghana Center for Democratic Development (CDD-Ghana), Media Foundation for West Africa (MFWA), IMANI Africa, African Centre for Energy Policy (ACEP), STAR-Ghana, and Trades Union Congress (TUC), asked all citizens in Ghana and abroad to wake up to their responsibilities under the 1992 Constitution and insist that the right thing is done.

She stressed: “Democracy is not for a lazy society and we must demand that our elected and appointed officials with whom we have entrusted our national resources do right by this nation, and exercise their power in pursuit of our collective welfare. Ghana is the only home have and we ensure it is worth living”.

Madam Afadzinu added that the Coalition is vehemently opposed to state capture by party or other private interests; public and private corruption, nepotism and patronage; abuse of power and impunity; ethnocentrism and misogyny; among others.

The Coalition, according to her, has commitments to putting the interest of Ghana first above all else; ensuring accountable and transparent governance; a living wage for working people; respect for fundamental human rights; among others.

“Our mission is thus to establish a culture of accountable and transparent governance that actively and consciously responds to the demands of citizens and promotes human rights, constitutionalism and the national interest”.