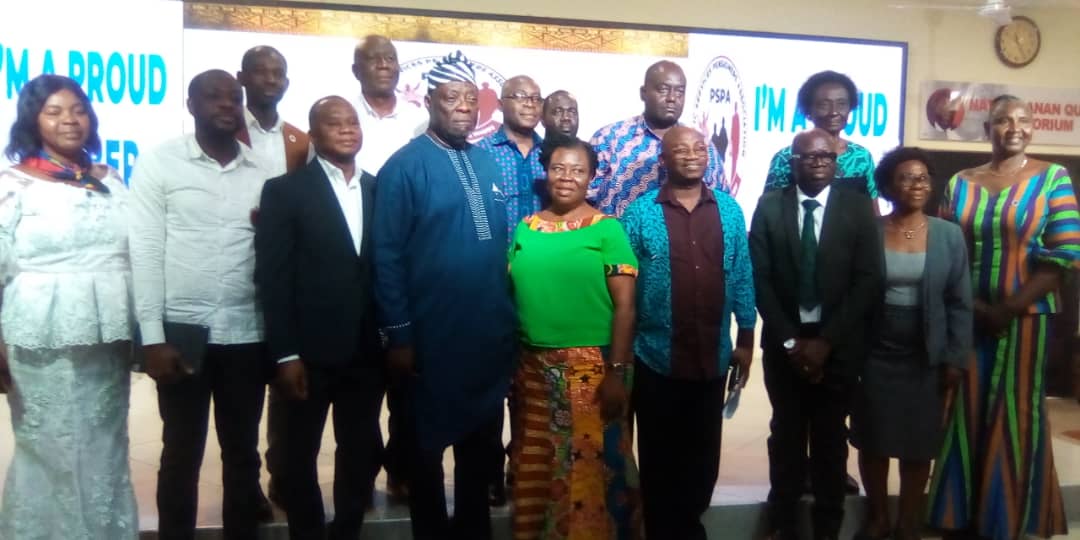 Accra, Ghana//-The Civil and Local Government, Staff Association (CLOGSAG) has inaugurated its Public Services Pensioners Association (PSPA) at a well-attended ceremony at its headquarters in Accra.

The purpose is to support and address the needs of retirees before and after active service and serve also as part of the initiatives rolled out by the Association to engage government to put in place adequate measures and mechanisms for retirees to enjoy a decent pension.

In his inaugural address, the Deputy Minister of Employment and Labour Relations, Bright Wireko Brobbey noted that the introduction of the PSPA would challenge government to prioritise the needs of pensioners and create the needed synergies within the pension fraternity to bring to bear reforms and address the emerging trends at the labour front.

He commended the Association for brilliant programmes periodically introduced to support public service workers and pensioners in their day-to-day activities.

Mr Brobbey said government is working fervently with stakeholders in the pensions sector to introduce a comprehensive framework in the medium and long term to scale up schemes for pensioners in the public service to enhance living conditions.

For his part, the Executive Secretary of CLOGSAG, Isaac Bampoe Addo expressed his gratitude to the management of the Association for the laudable program adding that it would relieve some burdens on public sector pensioners thereby pave a way for retirees to live in comfort.

He hinted that CLOGSAG is working out modalities for onward submission to government to mandate public sector workers to exit the Social Security and National Insurance Trust (SSNIT) pension’s scheme after contributing for a period of 180 months as enshrined by law pointing out that it gives pensioners the option to join other schemes.

He however urged government to create flexible systems in the pension space to freely allow workers to join and contribute to other schemes of their choice and explained that the move brings sanity and a healthy competition among pensions organisations.

In his remarks, the President of CLOGSAG, Dr. Evans Dzikum advised the new executive members of the Pension Association to work in transparency and discharge their duties effectively and efficiently to demonstrate the confidence and trust bestowed upon them by CLOGSAG.

He again urged the executive members not to hesitate to engage CLOGSAG in challenging times, adding that doors remain open for discussions and deliberations on pension issues for public sector workers.