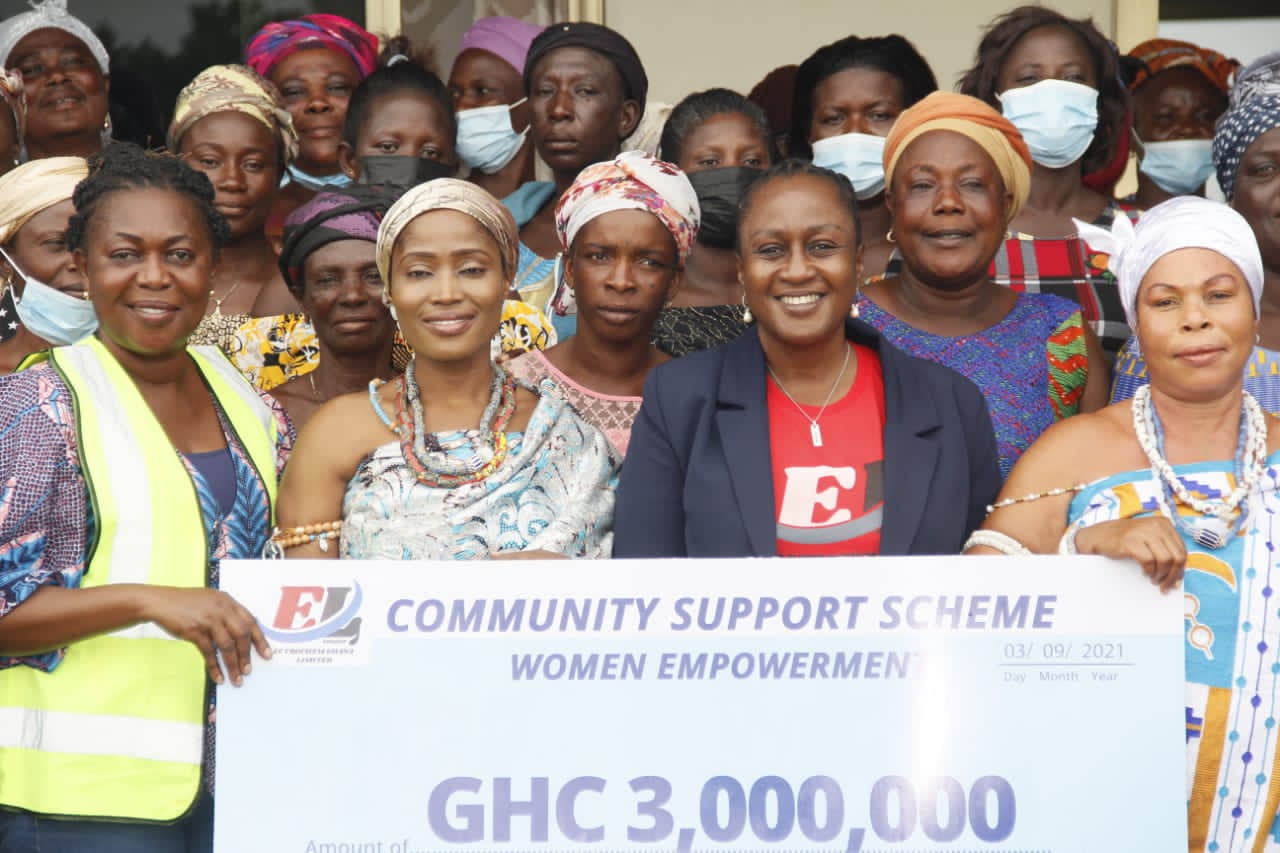 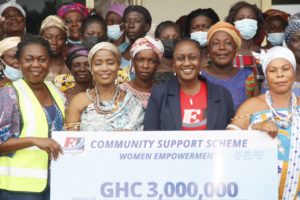 Electrochem Ghana Limited, a subsidiary of McDan Group of Companies, has released an amount of GH¢3 million to support women in their trading activities in Ada and its environs in the Greater Accra Region.

“The cash is an interest free loan”, the company said it would consequently strengthen the financial base of trading activities and make them financial independent.

The gesture forms part of the company’s effort to add financial value to women in their working endeavour to enable them contribute their quota to the socio-economic development of Ada and the country at large.

The Project Consultant of the Company, Madam Dzigbordi Dosoo who presented a dummy cheque to the beneficiaries at a colourful ceremony said, the move is geared towards supporting women who are seeking financial help as start-up capital of their trading activities.

According to her, the cash would be disbursed to 1000 women in the community and its surrounds to enhance their business.

She explained that it formed part of the Company’s Corporate Social Responsibility (CSR) in the community in which it operates and would also serve as a community support scheme to empower women in their trading endeavours.

She further said the occasion was the first of its kind as the company was fervently making preparations to roll out another tranche of cash to the second batch of beneficiaries.

Madam Dosoo added that the company had also put in place measures and structures to build the capacity of women in the areas of book keeping and basic accounting principles, time managementto become productive in their respected fields of works

For her part, the Queen Mother of Ada, Naana Adiki Manyeyo Adi I, advised the women to use the monies judiciously for the intended purpose and saying that they should form networks where their issues and challenges will be addressed.

She expressed her profound gratitude to the management of Electrochem Ghana for the amazing support and however urged the women to humbly pay back the loan within the stipulated time frame.