The realignment came as Bluewater sets out a growth-focused ambition to help Bluewater Africa rebound following the Covid19 epidemic by developing and growing existing and new business across the country.

Bluewater Africa is a wholly-owned subsidiary of Bluewater AB as of July 1, with an initial focus on continuing its well-established mobile water station business for the event, film and mining industries.

The Bluewater mobile water station dispenses purified chilled water that is served either still or sparkling. The stations are equipped with sensor technology rather than push buttons to control point-of-use water delivery aimed at reducing any potential for transmission of Covid-19 or other germs.

A regular sight at the Rocking the Daisies music fest and Sanlam Cape Town Marathon, the Bluewater mobile water stations have proven highly popular in South Africa’s television and film production industry as it moves towards environmental sustainability. 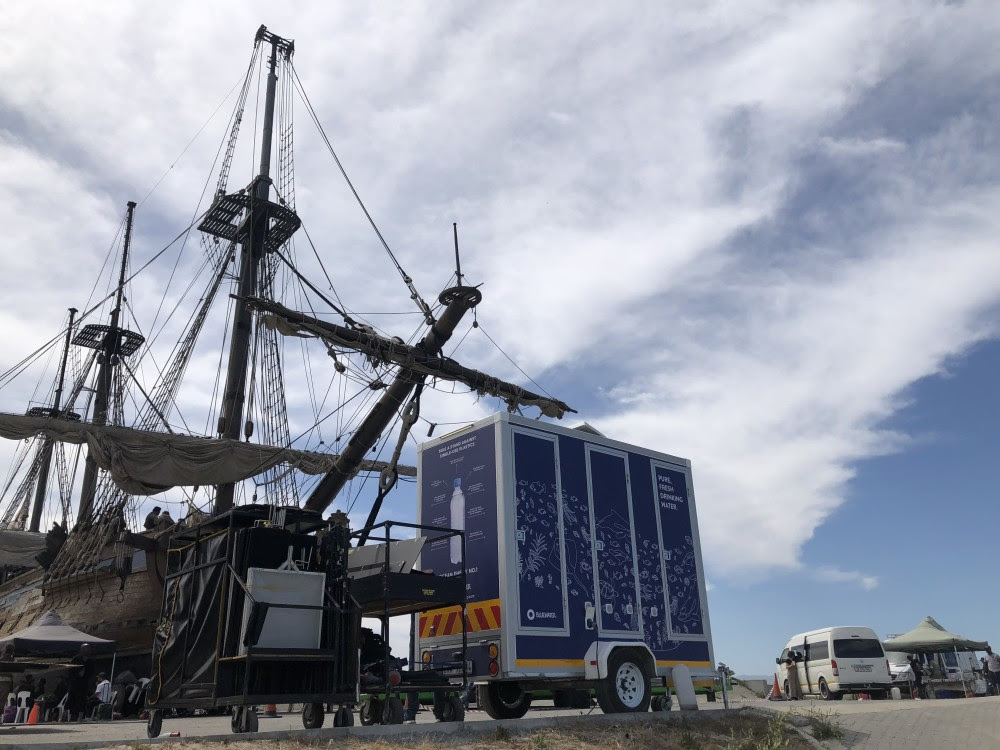 As Bluewater has placed planetary health at the heart of its business mission, Bluewater hydration stations have also been used in a variety of environmental and beach clean-up projects in and around Cape Town.

“This is a great moment for Bluewater Africa and I am absolutely delighted to have the opportunity to continue growing our purified water delivery solutions,” said Ms. Brasecke, who has worked with Bluewater since the company first arrived in South Africa in early 2018 as official water supplier to the Volvo Ocean Race stop-over in Cape Town.

“Our ambition is to drive profitability so we can ensure business sustainability, preserve and ultimately create jobs and deliver healthy, clean water to South Africans”, Ms. Brasecke said.